You are here:
Uncategorized

In Malaysia, Johor Bahru has a “Jalan Tan Hiok Nee”, which is a street that you must visit in Johor Bahru! This old street is used to remember the largest pioneer in the 19th century, “Tan Hiok Nee”. Jalan Tan Hiok Nee is very hipster place, there had combine the new element with the old history, a collection of all kinds of must eat food, snacks in the ground, as well as some atmosphere and decoration have its own characteristics of the cafe. Those people who like to take photo cannot miss this place. The whole area of the street is not very wide, it is arranged for half a day to complete all the scenery, the following will be introduced here must eat food and must visit place in Jalan Tan Hiok Nee. 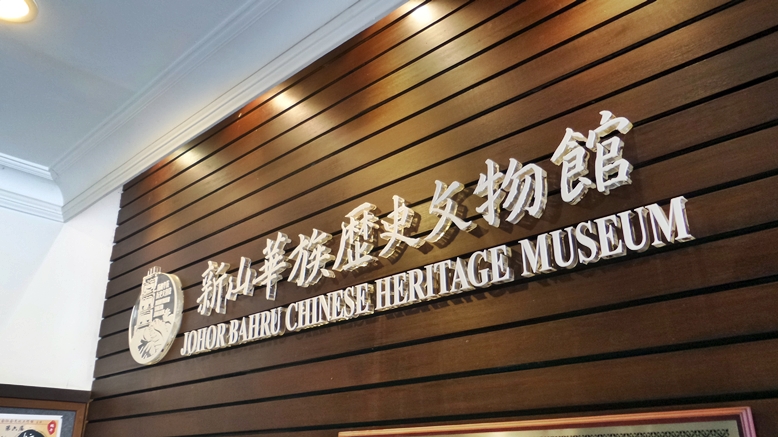 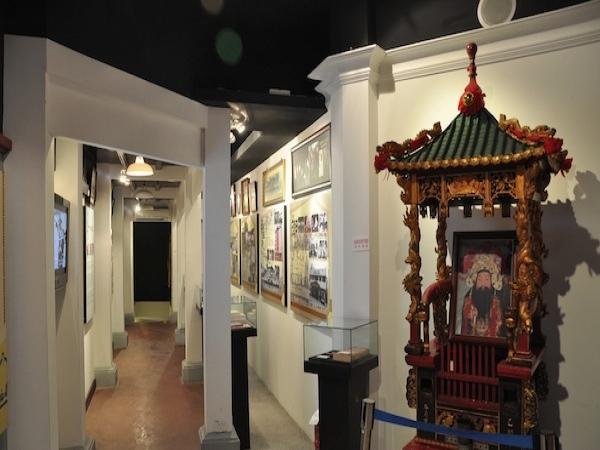 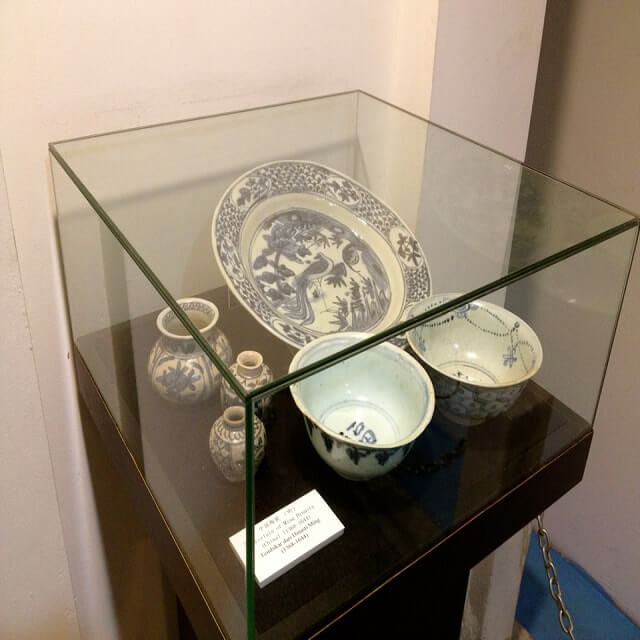 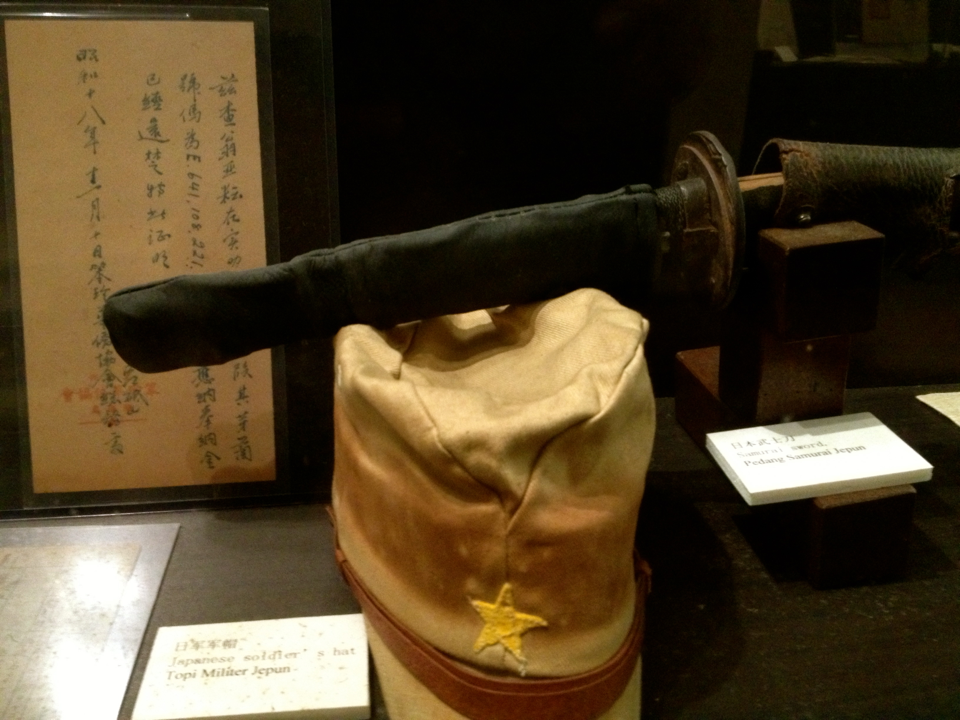 The predecessor of Johor Bahru Chinese Historical Museum was Tiong Hua Johor Bahru. After the Tiong Hua Johor Bahru moved, this became a museum and it’s interior showed the history of the Johor Bahru. For example, for more than a hundred years, Chinese participated in the history of the development of the Johor Bahru, and made contributions to the history and contributions of the people who had first opened the Johor Bahru, so that the new generations of the Johor Bahru would have some references. At the same time to achieve the role of education. There are still some antiquities that can rejoice, and there will let you recall your memories. When the whole reference is estimated, the explanations are accompanied by Chinese, and there have some background for taking pictures and mini-projection rooms on its third floor, and they can take a rest while in it with air conditioned. 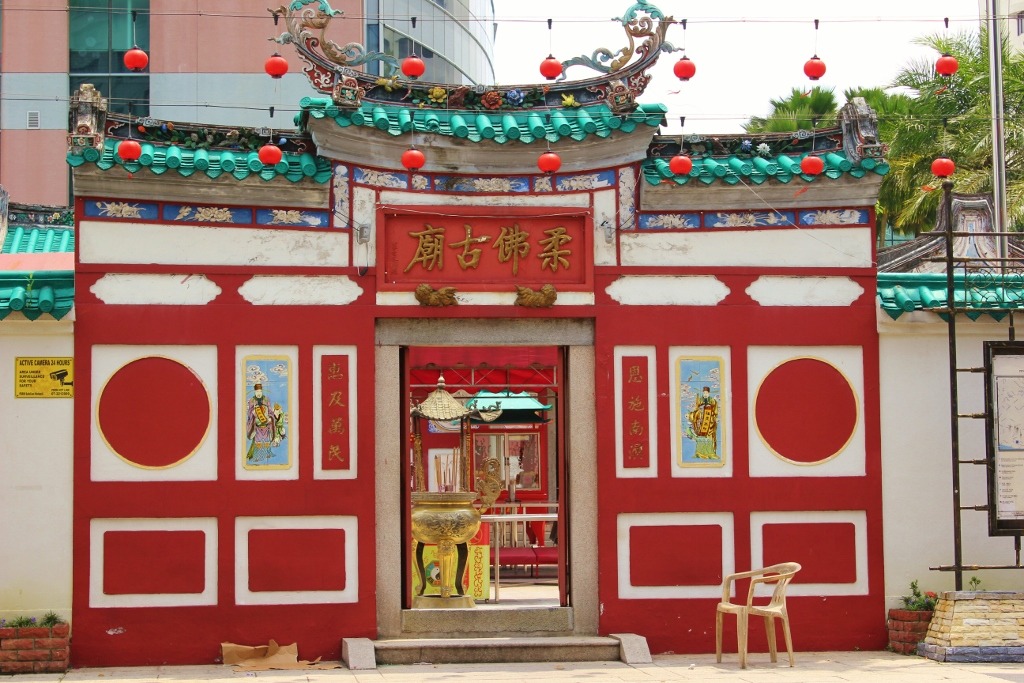 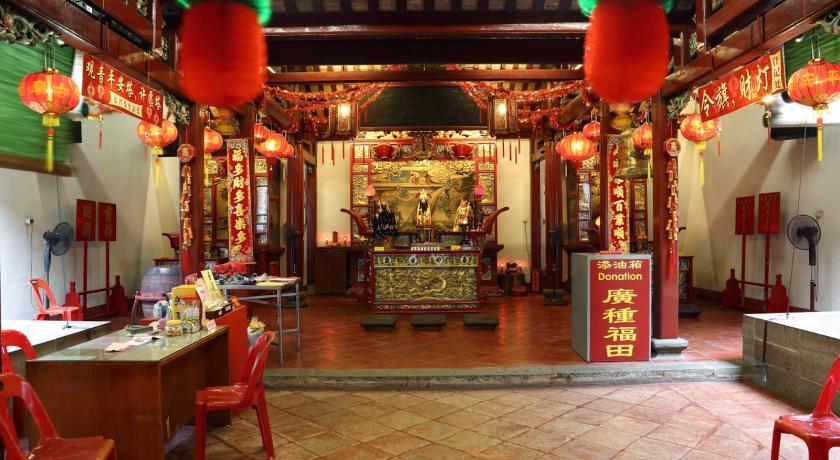 Johor Bahru Old Chinese Temple is an ancient temple in the Johor Bahru and it has a history of nearly 150 years. As the temple surrounded by the modern buildings and located in the city area of the Johor Bahru, this is a very special contrast between the ancient and the present. The height of the roof, the walls of the temple and the exquisite ceramic carving on the roof become a feature of this temple. That is very colourful, and the conflict between the nearby buildings is extremely strong. In the visual view, it is very unusual and amazing. If you come to this street, you can come here to see the local tradition. 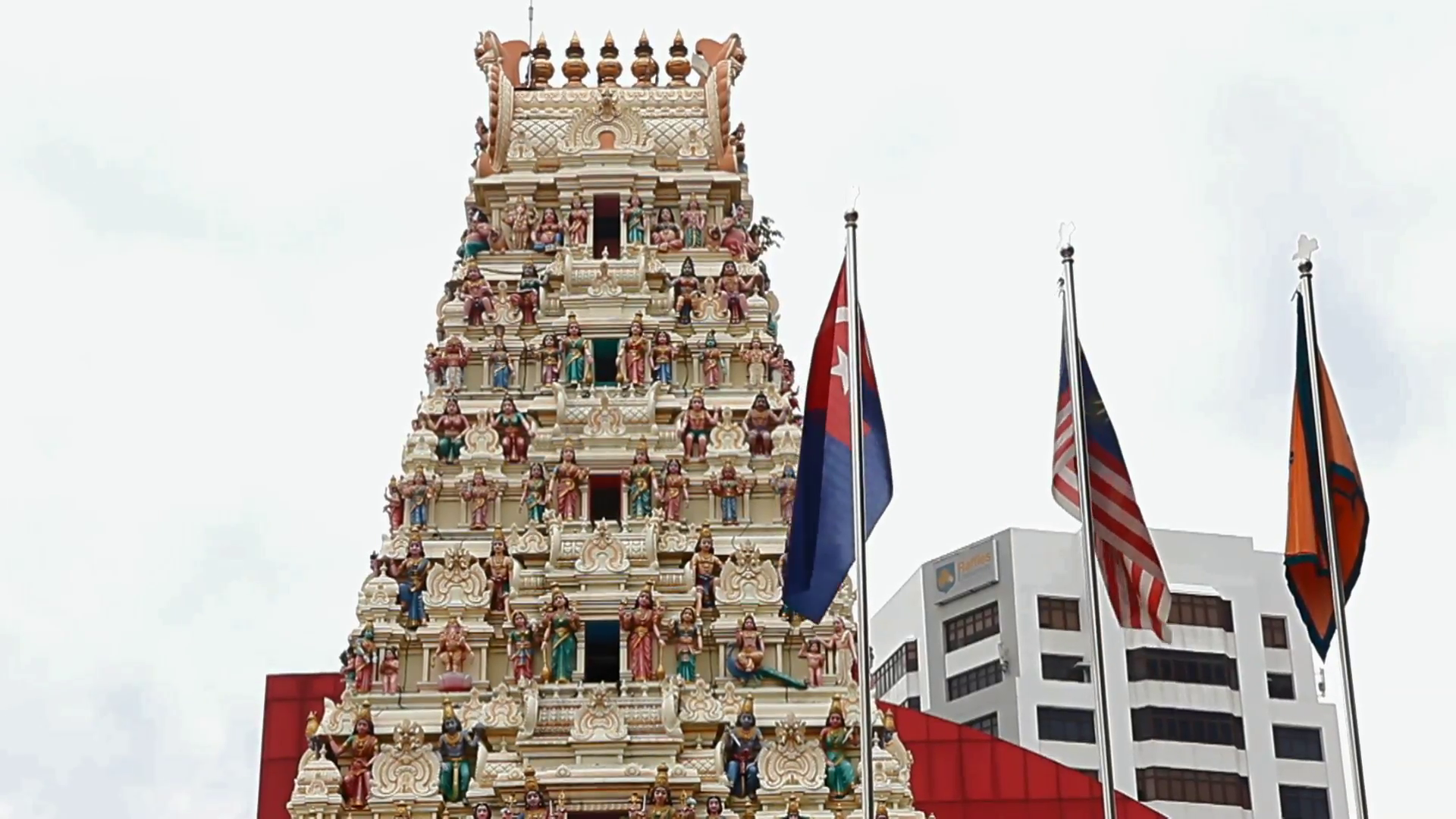 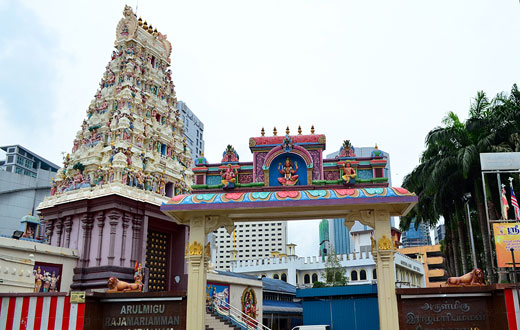 This is an Indian temple in the city of Johor Bahru, built in 1911. Johor Bahru is a multi-ethnic and cultural city with various religions, so naturally there are monasteries and temples of different religions, Muslim mosques, Chinese temples, Indian temples and Christian churches. This temple has been a temple for more than 100 years. The colour and height of the minarets of the Chinese people’s Republic of China are the characteristics of the Indian temple. The exquisite statues and statues of war on the top of the Hindu temple’s temple roof are described in detail. Each engraved God and the weapons on hand are completely different, it is really too amazing. Many sacrificial flowers are sold in the streets outside the temple, but Indians often buy flowers for worship. The temple is surrounded by many Indian shops, Indian clothing, full of thick Indian style, and an entire gold shop. However, it is absolutely true that Johor Bahru is the worthiest Hindu temple. 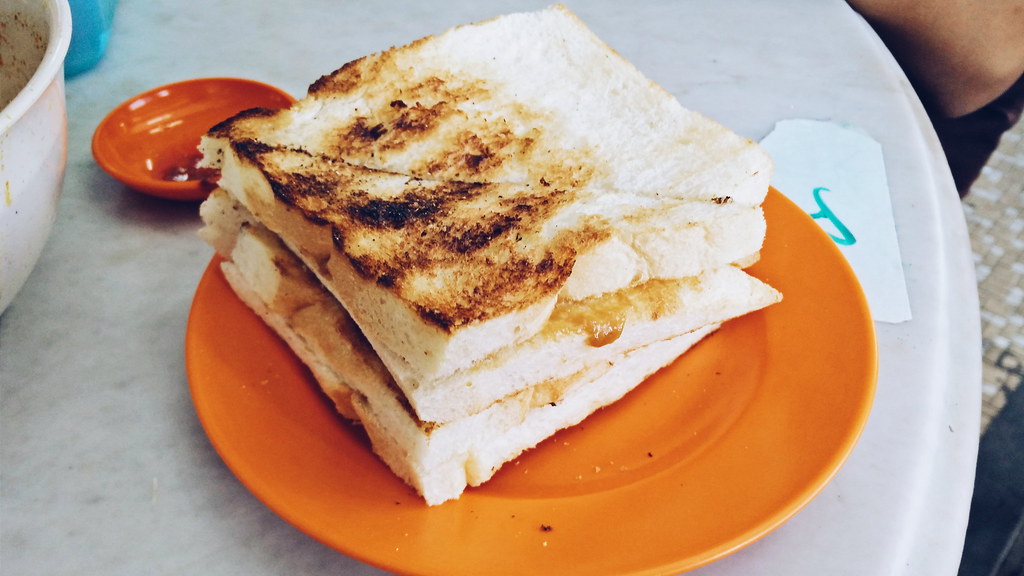 Restoran Kin Wah is a simple, no-frills kopitiam selling old school breakfast and has a history of 50 years. There are not many seats in the shop, but the business is very good. It doesn’t have menu, so when you need to order, you should be directly used to ask. This place serves one of the best coffees and half-boiled eggs. The coffee is nicely thick with the right balanced of sugar and milk. When you bring it close to your nose and take a deep breath, you can smell the distinct aromatic coffee smell. The perfect accompaniment to kopi is roti kaya with a slab of melting butter. Restoran Kin Hua uses kampung chicken eggs for its half-boiled eggs different with the other kopitiam. So, if you want to enjoy a traditional breakfast, please come here to try. 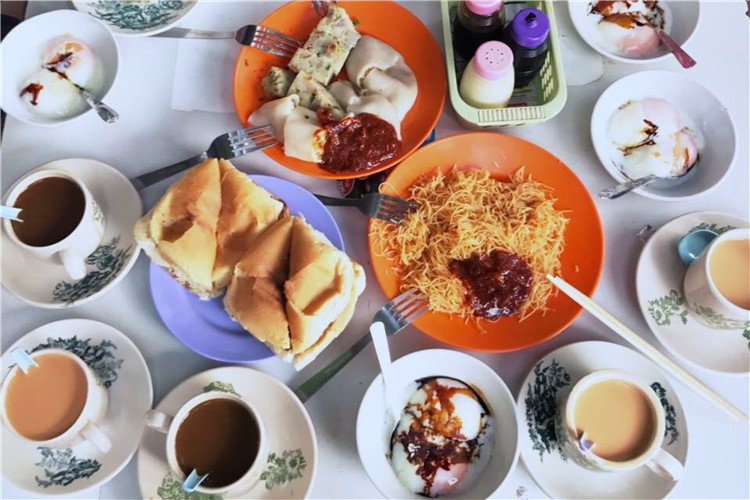 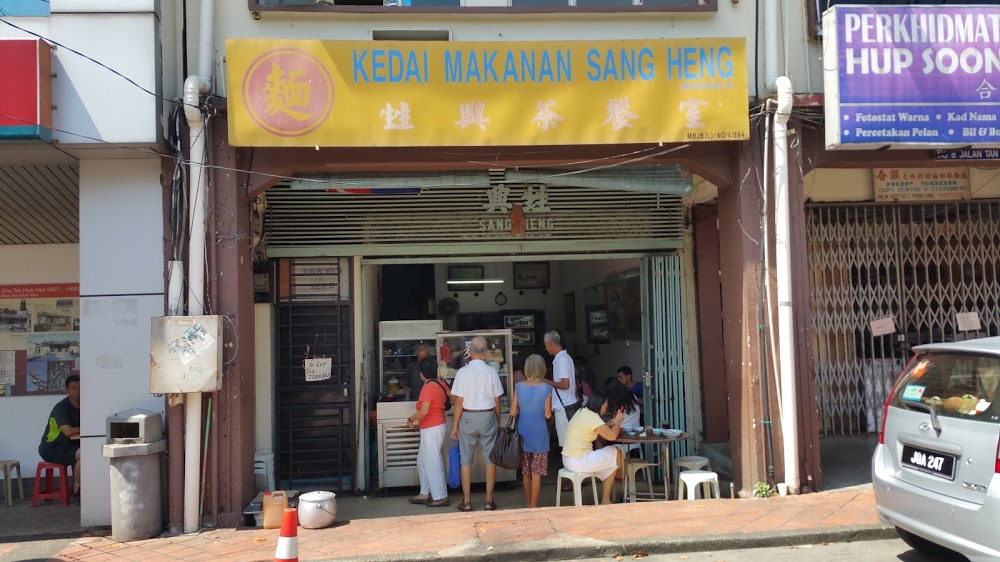 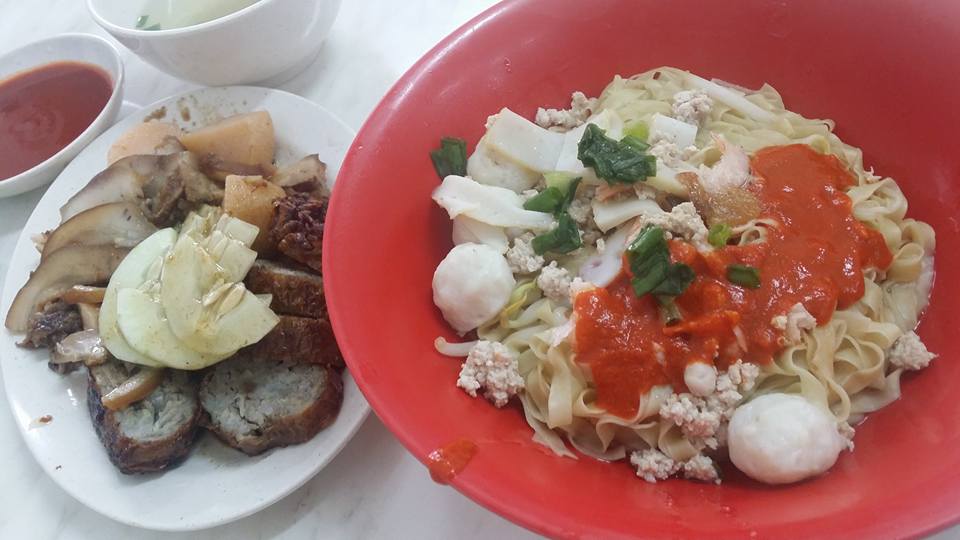 Kedai Makanan Sang Heng located next to the OCBC Bank on Jalan Tan Hiok Nee, right off of Jalan Wong Ah Fook, it is an old and special place. The things that go into each bowl of Sang Heng’s traditional Teochew noodles. It has handmade fish balls, fish cake slices, boiled minced lean pork, pork lard, blended sauce, chopped scallion, little shrimps, and chili for those who want a bit spicier kick. The famous food – broad flat noodles were tossed in a blended sauce with a generous splash of lard. The yellow mound was simply garnished with chopped scallion, pork mince, fish balls, fish cake slices and lard crackles. Sang Heng’s soup is made with pork socket bones, shrimps, anchovies, dried sole fish and others. The broth has a medium body and layers of savouriness and sweetness and it is addictive. If you are a noodle lover, you must try their noodles! 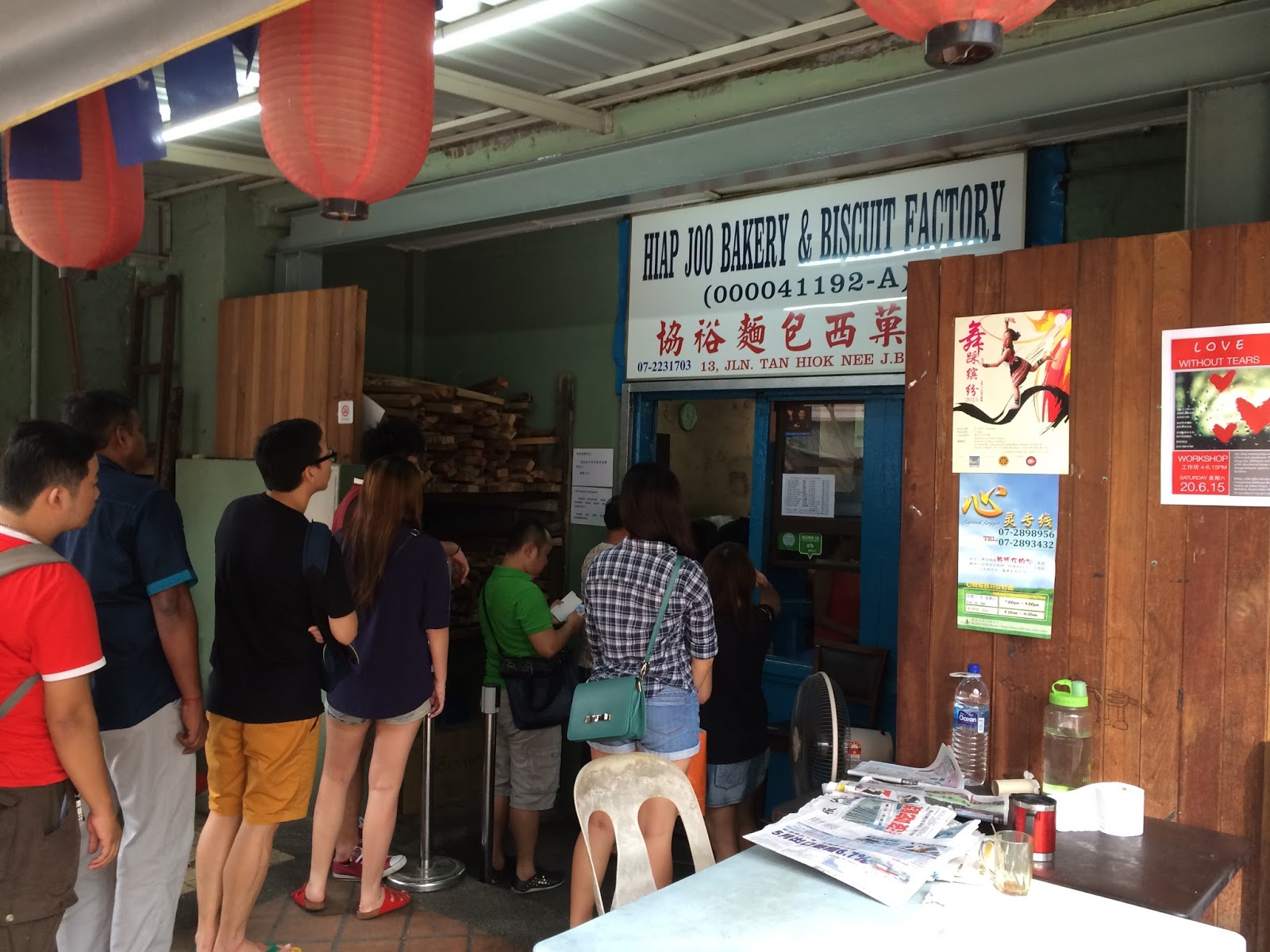 Hiap Joo is one of Johor’s oldest and best-known traditional bakery, their famous is good fresh malt-flavoured breads and aromatic banana cakes. If you are here for their banana cake like us, you must go earlier to queue even though the banana cakes will only be ready by noon. They used the baking way of traditional to provide their bread. You will get a real good bake out of it. There are constantly heavenly smells of freshly baked buns with classic fillings like red bean, coconut and peanut. They also have otak buns which run out very soon. This is the local favorite bakery, because they serve not only delicious bread, but also the traditional taste in memory. 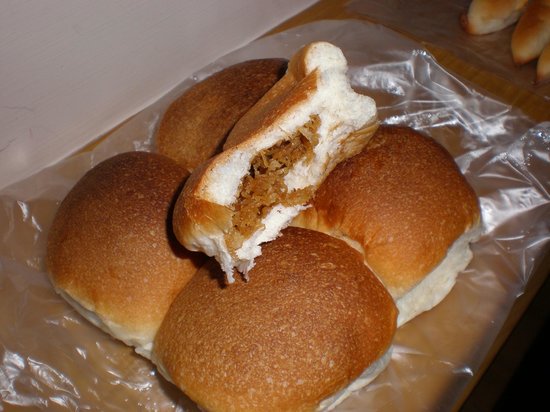 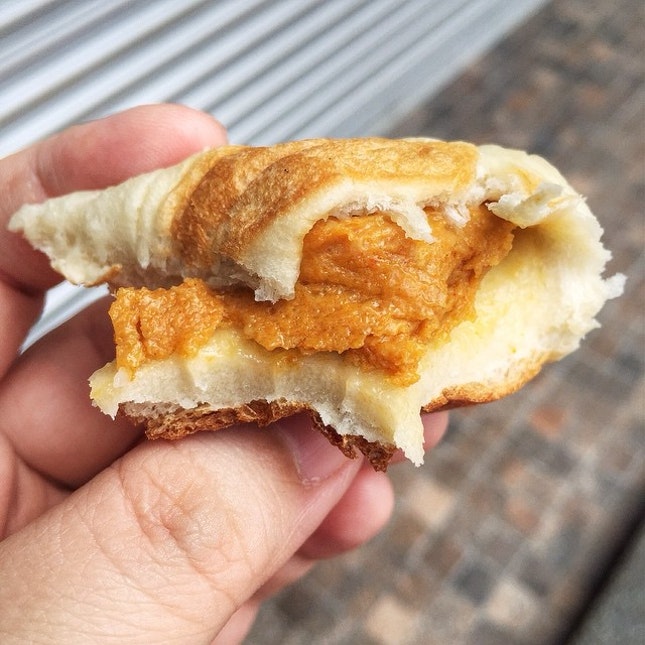 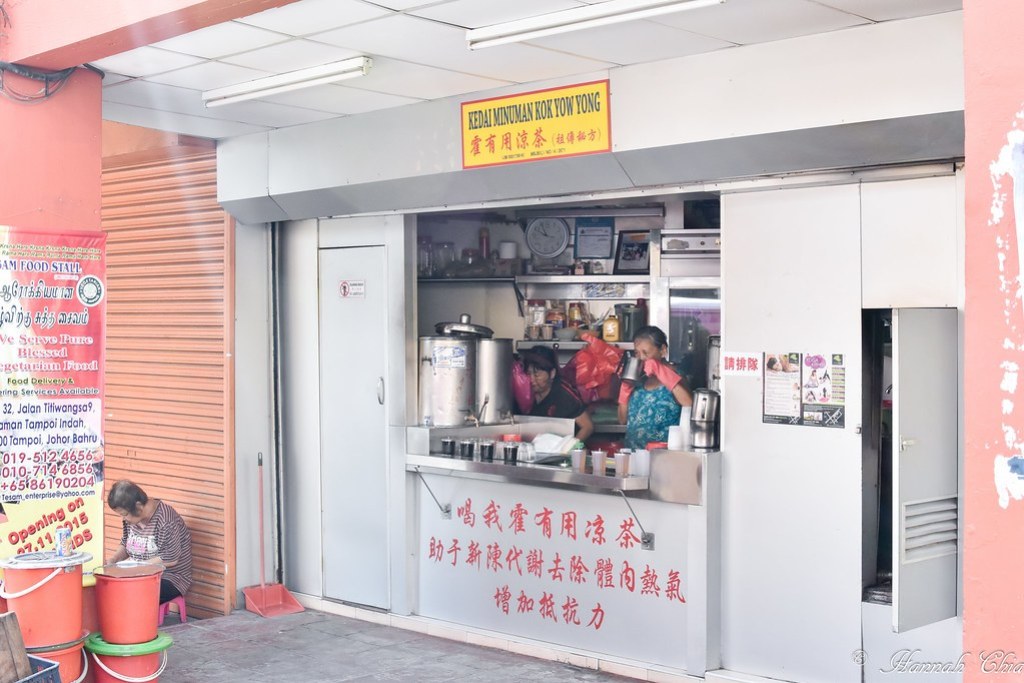 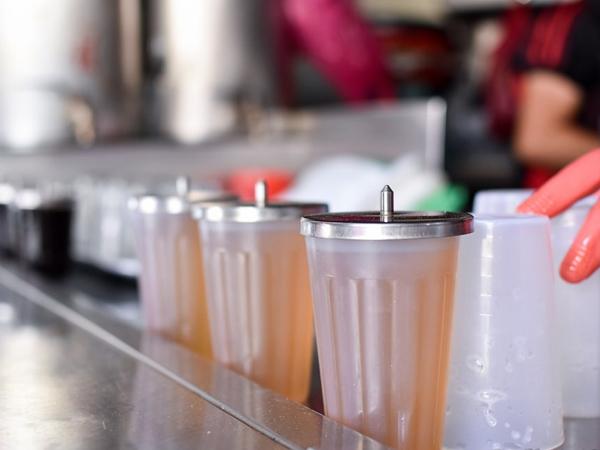 Kedai Minuman Kok Yow Yong is the traditional herbal tea in old downtown, Johor Bahru. This shop offers regular chrysanthemum tea and wong lo kat. It’s all made from real herbs, it felt like drinking herbal tea of our home. It takes three or four hours to make a cup of tea, when more than a dozen ingredients are added. It will help to remove uncomfortable of body and increase resistance. If your body is not suitable, they will add Chinese medicine powder to adjust a cup of tea according to the guest’s condition, it is very special in Johor Bahru and very popular with the local people. It also become a habit that local people will go there to have a drink. 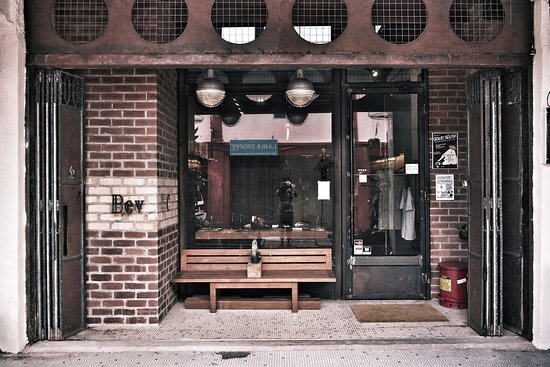 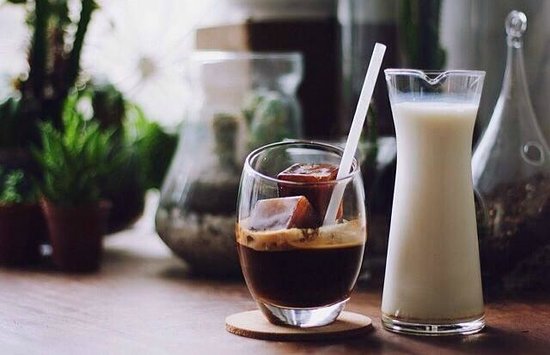 Bev C’afe is a unique cafe along Jalan Tan Hiok Nee. It is a cafe which combine with food and fashion. There has a cool forward-thinking designer clothing store with cafe upstairs. Design and ambience of this unique shop are its attractive points with no doubt. Bev C’afe was founded by Beverly and Cally. It was a place for the founders showcases their talents through fashion design and food. Its unique store designs stood out from the rows of traditional showhouses. After that, you can go to second floor and you will find a cafe at there. There have many types of desserts for the customers who felt tired or need to rest. The one of the famous desserts is mint chocolate plate. It served on the woodenly board and wooden utensil. The slice of pastel-mint coloured chocolate pie was really delicious. It was smooth and chocolatey with mint flavour in every bite. The sweetness was just right. The Espresso Ice Cubes has three types, such as Milk, Chocolate & Milk and Caramel with Milk. It was really interesting to see that the Espresso shots are frozen into ice cubes and served with milk at the side. You can pour in milk as you like, and wait for these beautiful ice cubes to melt to form an ice latte. 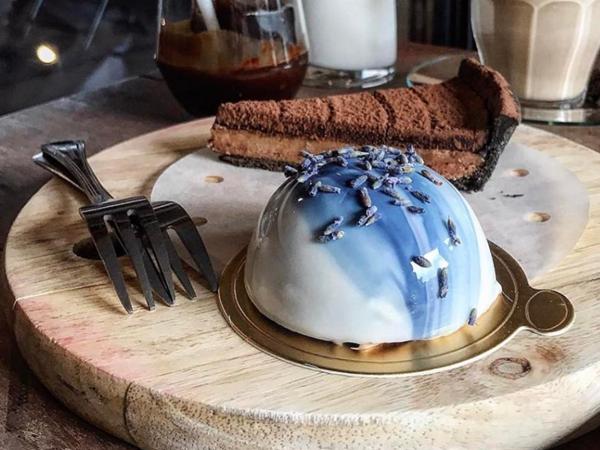 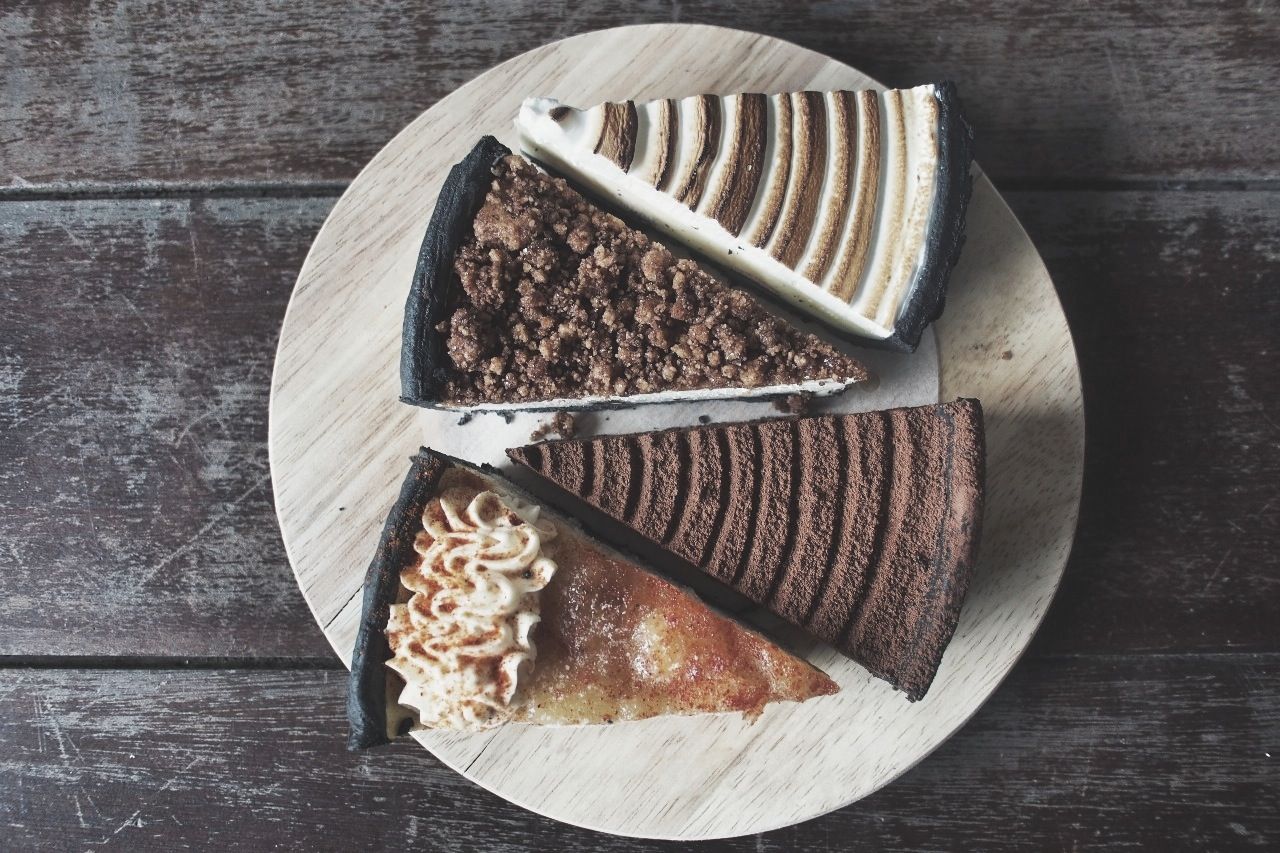 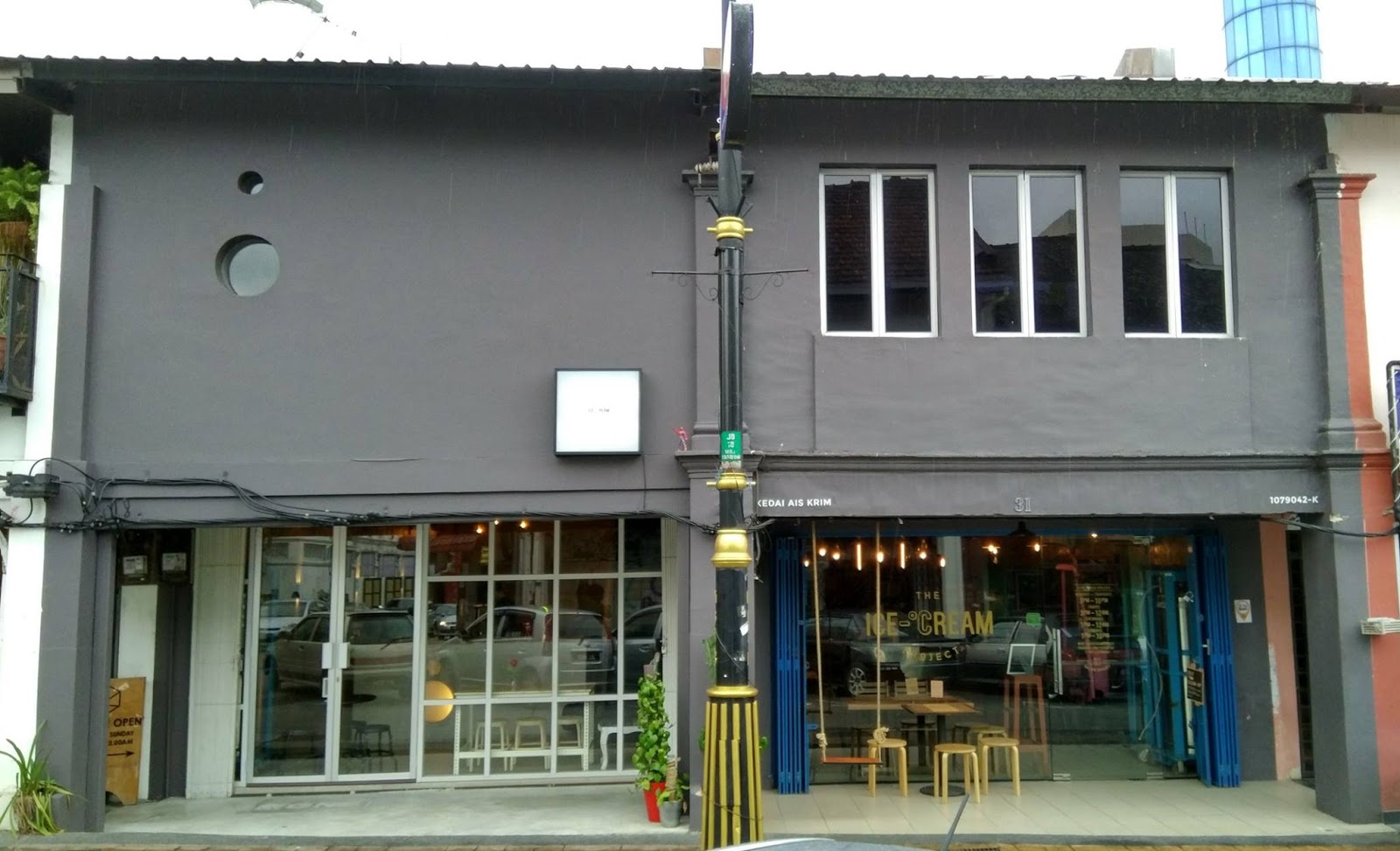 TIP, The Ice-Cream Project is a business run by an ice-cream passionate. It is located in the middle of Jalan Dhoby, just across from the IT Roo Cafe. When you stepped in this restaurant, it has a strong smell of milk. The ambience is cool and cozy, perfect for catch up sessions with friends and even studying or doing some work on the laptop. There are only four flavours of ice- cream on the menu and that’s also have an extensive menu of teas though. Then they also have a self-service logo on top of the free water station you should order, pay, and buy your own ice cream. These are all self-help. 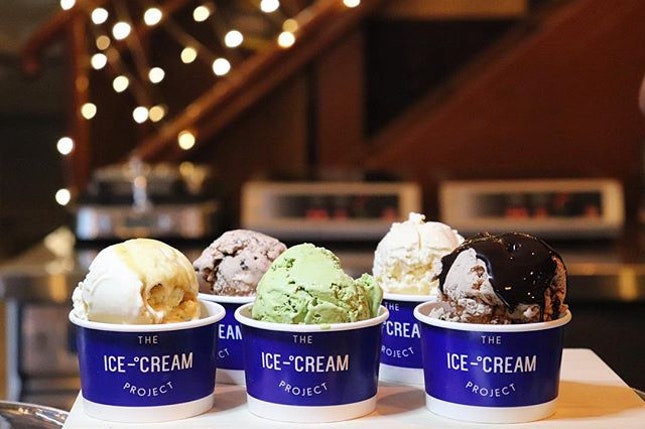 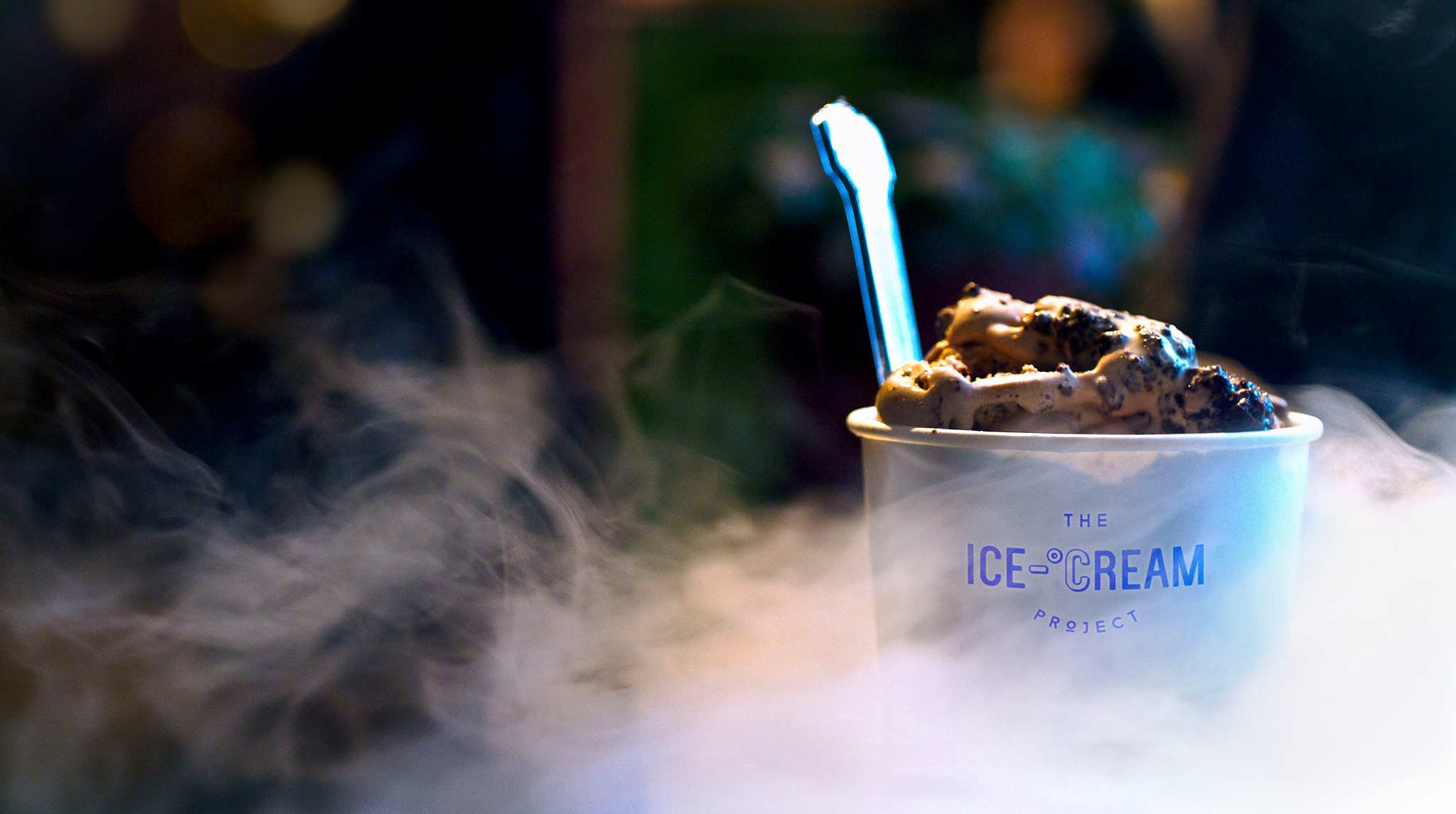